The PowerPark in Kauhava, Alahärmä, is a versatile adventure park with more than 30 adventure park rides and a wealth of activities. The adventure park is famous especially for Finland’s largest wooden rollercoaster, the country’s highest Ferris wheel and a 400 meters long water rollercoaster ride. After an action-filled day at the adventure park, you can continue your day of fun with an ATV safari, driving on a karting track, visiting horse trotting tracks or an ultra-modern 5D movie theater. At PowerPark you can also visit the Röllikylä village or the Kidiusfarm, especially aimed at the youngest in the family.

Accommodation and cottages near Powerpark 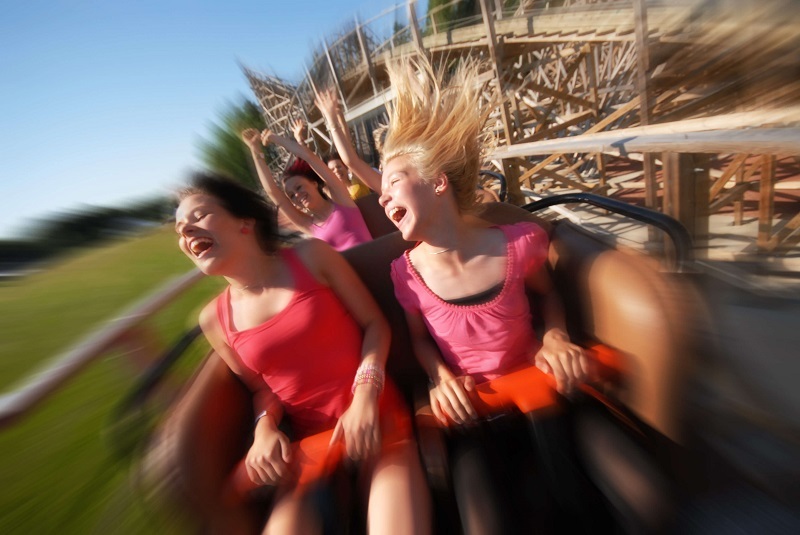 The attraction of the Puuhamaa amusement park lies in its name, which refers to spending time together doing different activities. The recreational facility which was set up in Tervakoski in Janakkala in 1984 is an ideal destination especially for holidaymakers traveling with young children. You can do many things at Puuhamaa: cool off in the water park, go on a slide, jump in the bouncy castle or relax in the steam sauna by the water. Puuhamaa is also famous for its formula cars, which provide thrilling experiences for people of all ages.

Accommodation and cottages near Puuhamaa

Visulahti in Mikkeli, renowned for its versatility, is one of Finland’s most popular holiday destinations. The family-oriented adventure park offers marvelling at authentic-looking wax characters, explore museums and spend the summer day in the pool. Where the youngest of the family are particularly fond of Dinousauria, known for its water slides and bouncy castles, the Xon-Park aimed at teens offers a wealth of experiences ranging from paintball and ATV-rides and all the way to bungee jumping.

Accommodation and cottages near Visulahti 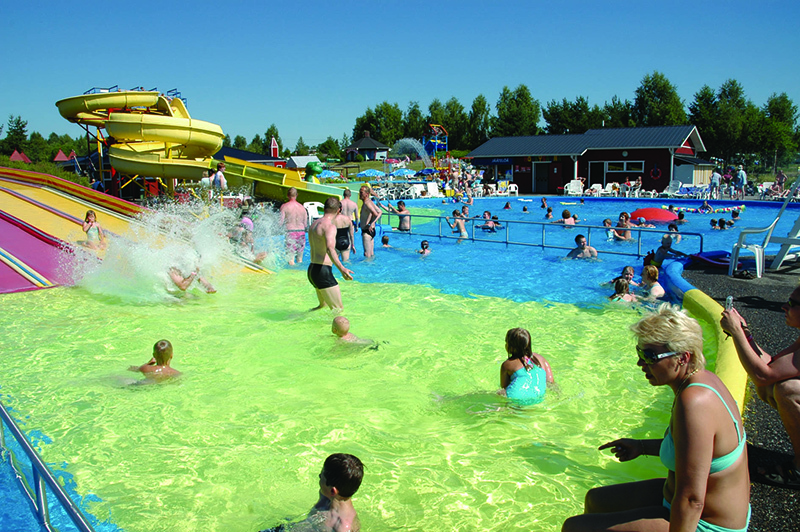 The Tykkimäki amusement park in Kouvola offers its visitors some 30 rides with plenty to experience for holidaymakers of all ages. Those traveling with little ones will be delighted by the amusement park rides, where those shorter than 90 centimeters are able to ride for free with a paying adult. In addition to the rides, children also love the Atreenalin adventure track situated in the forest, and the Animal farm, where you can see many cute animals - including sheep, bunnies and ponies. You get the most joy out of your Tykkimäki day with the Park Hopper -bracelet, which offers access to the amusement park, the adjacent Aquapark pools and water slides, and to the fun-filled indoor Actionpark.

Accommodation and cottages near Tykkimäki 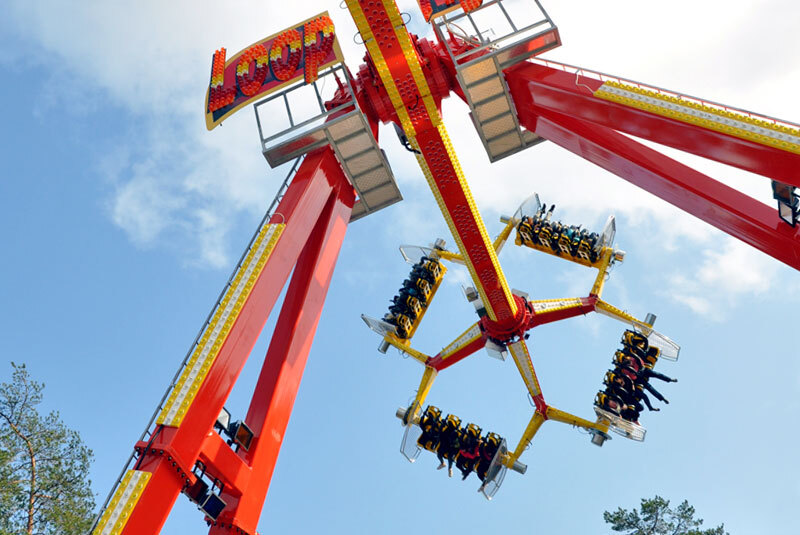 Although the Moominworld in Naantali doesn’t have any actual amusement park rides, it is still one of Finland’s most popular holiday destinations. Situated on the beautiful island of Kailo near the centre of the city of Naantali, Moominworld offers visitors the opportunity to spend time with the most popular Moomin characters - such as Snorkmaiden, Moomintroll, Snufkin and Little My. At Moominworld one can also hang out in the scenery familiar from the television series, explore the adjacent Väski adventure island or at the end of the day, pop in for a show at the Moominworld theater.

Accommodation and cottages near Moominworld 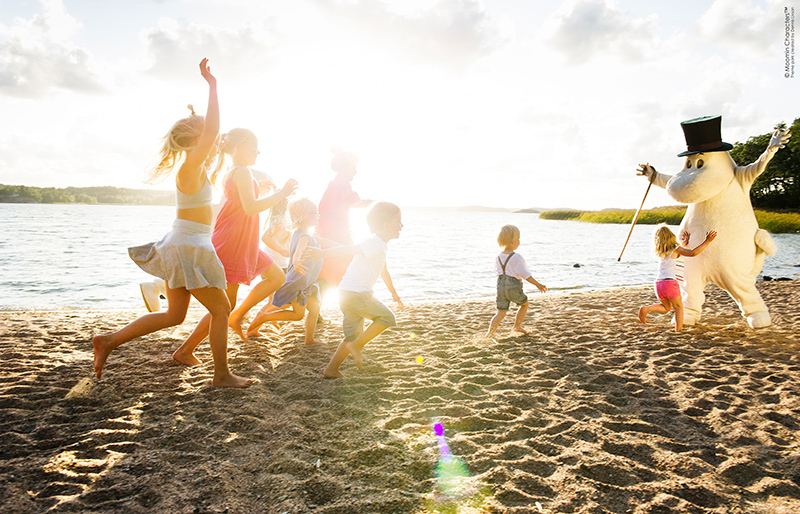 Linnanmäki in Helsinki is Finland’s first amusement park and has been entertaining holidaymakers since 1950. If counting visitor amounts, Linnanmäki is Finland’s most popular amusement park, which not only boasts an excellent location but also a very versatile range of rides. Even though Linnanmäki has invested in modern amusement rides, the long history of the amusement park can also be experienced through the nostalgic atmosphere. In addition to the actual rides, during a day at Linnanmäki, you can also explore marine life at the Sea Life Aquarium or explore the spectacular scenery from the Panoraama tower.

Accommodation and cottages in the Helsinki capital region 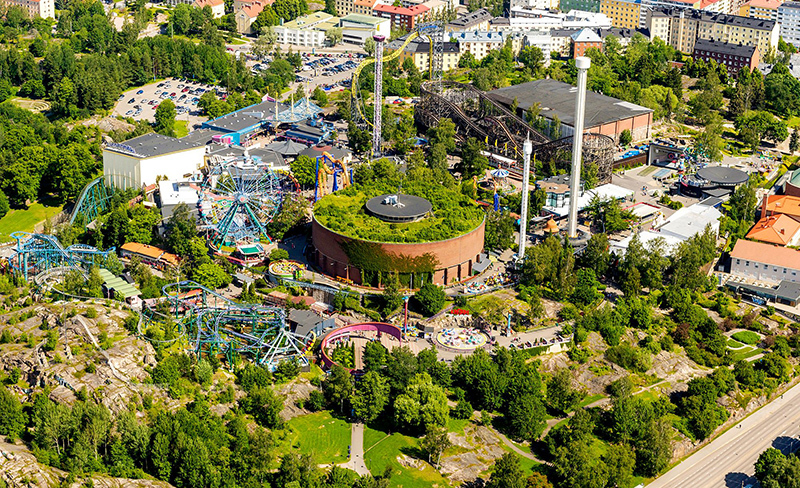 Särkänniemi is one of the undisputable classics of Finnish amusement parks. In a natural setting, the amusement park in the centre of Tampere offers visitors a comprehensive range of rides and wonderful views amidst beautiful lakeside scenery. In addition to the excellent location, Särkänniemi’s popularity is influenced by the versatility of the destination as there are plenty of other attractions to discover in the theme park, such as a planetarium, an aquarium, the Koiramäki animal park, the Sara Hildén art museum and the famous Näsinneula tower.

Accommodation and cottages near Särkänniemi 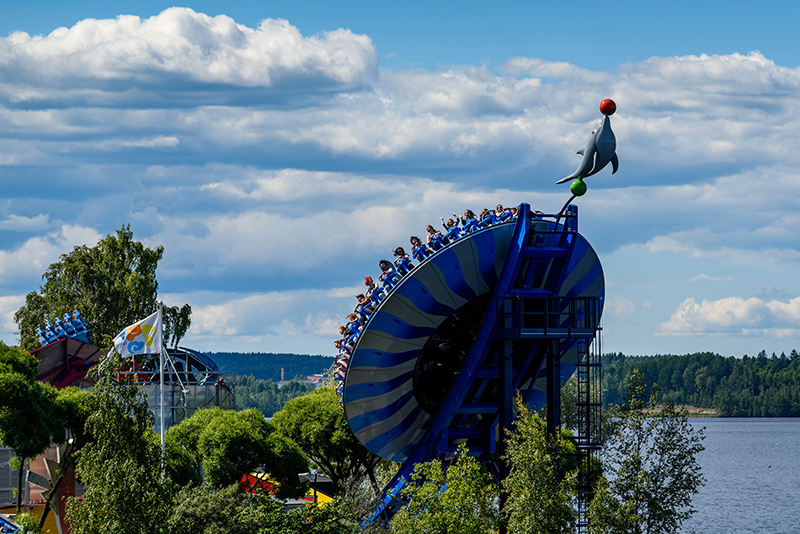