One of the Himos ski resorts greatest advantages is its location near the major cities of southern Finland. Since 1984, this ski resort has had the longest slopes of southern Finland, as well as a multitude of other resort services. Himos is a lively tourist destination also outside of the ski season, as the resort is also known for its popular festivals and versatile sports events. 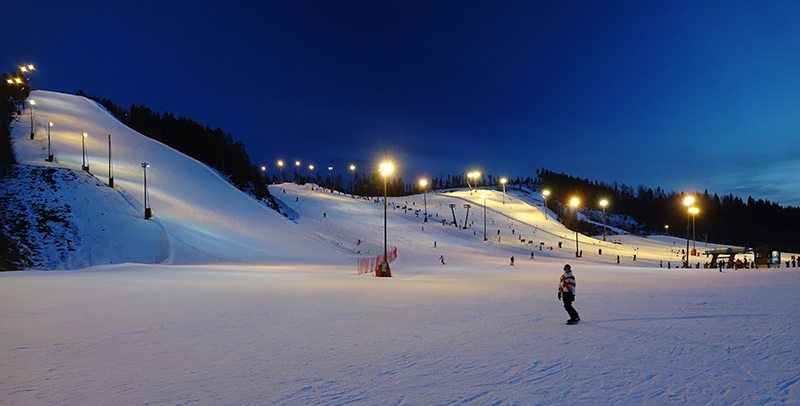 The slopes of Himos have great appeal due to their versatility, as the resort has plenty of slopes with various levels of difficulty, as well as venues for trickery. There are 21 skiing pistes, of which the longest is 950 meters and if including the Länsiväylä passage, reaches a length of 1200 meters. There are two chair lifts among the 15 lifts. Two pome lifts, a carpet lift and a rope lifts serve beginners at no charge.

The Mountain Dew Snow Park, Rail Park and Streettis all offer challenging trickery opportunities for experienced riders. During normal winters, it is possible to ski from November-December until the beginning of May, so despite the southern location of Himos, the skiing season is very similar to many northern destinations.

The Himos slope map (pdf-file) provides information about the slopes, lifts and services in the area.

The Himos skiing track map (pdf-file) shows the track routes of the Himos area, their difficulty levels and the location of the skating route. 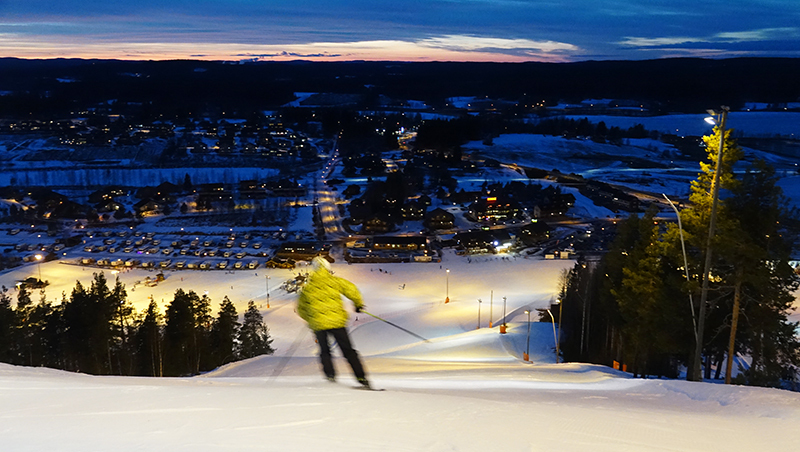 Restaurants and Cafés in Himos

During the winter season, there seems to be no end to the many events organized at Himos! When vacationing at Himos, you can, for instance, take part in numerous slalom events, relax to live music during after ski or enjoy the speeds at the Himos Spring Fever snowmobile racing event. Not to be forgotten are the Easter or the end-of-season events that you should come to enjoy even from afar.

As spring and summer progress, Himos is far from silent, as it hosts numerous sports and entertainment events. Himos Juhannus, the Iskelmä Festival and the Jysäri Festival attract tens of thousands of music friends from all over Finland. Those who are interested in sport events can during their summer vacation participate in regularly organized Disc golf weekends, the Himos Epic MTB mountain bike event or the Himos Trail trail running event. In autumn, Himos lets you compete against your friends at the Oktoberfest Golf or merely enjoy the atmosphere at the Oktoberfest event grounds.

Weather and Climate in Himos

How to get to Himos?

Himos’ excellent location in central Finland guarantees that the resort is not too far away from anywhere in Finland. By car, you can get to Himos in about two hours both from the major cities in southern Finland and from the region of Ostrobothnia. The distance is 220 km from Helsinki, 250 km from Turku, 95 km from Tampere and 55 km from Jyväskylä. 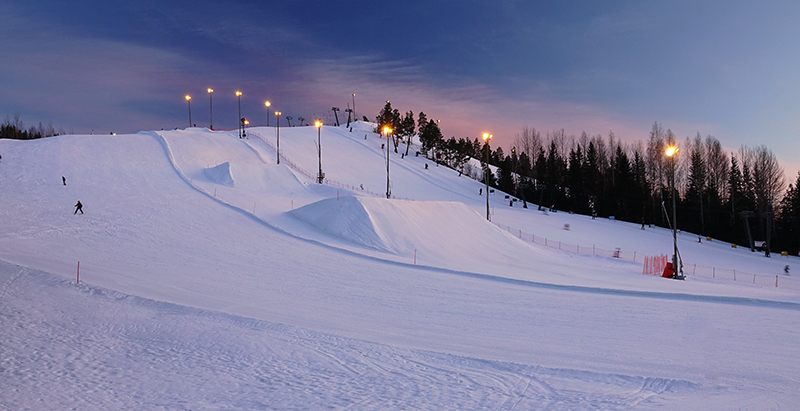 If you don’t drive yourself, Himos can also be reached easily by public transport. The trains from the directions of Tampeere and Jyväskylä stop at the Jämsä train station, which is a mere 9 km from Himos. Within one km radius of the train station is also the Jämsä bus station, which serves travellers headed for Himos. During the winter season there is a direct bus service from Jämsä to Himos.

The closest airports are located 80 km away at Tikkakoski, Jyväskylä and 110 km away at Pirkkala. From the Helsinki-Vantaa airport you can travel by train directly to Jämsä.