Ruka is one of the most snow-secure ski resorts in Europe where you can go downhill and cross-country skiing for over 200 days of the year. In addition to the cold climate guaranteed by its northern location, Ruka has also invested heavily in snowmaking, which also contributes to extending the skiing season at both ends. Thanks to its excellent services, Ruka has grown into one of Finland’s largest ski resorts, with plenty to do every day of the year.

There are a total of 34 slopes in Ruka, of which the 20 illuminated pistes offer an opportunity to ski also in the evenings. There are a total of 21 lifts, five chair lifts and the six-seater hooded RukaExpress. The Ruka peak reaches 492 meters and the longest piste measures 1.3 km.

For those who ski with children, it is best to head to either the Vuosseli or Kaltiolampi children’s areas, which also delight beginners with convenient magic carpet lifts. Ruka’s famous ski school offers lessons for beginners as well as for all those who want to develop their own skills with the help of an experienced instructor.

The quality of the Ruka skiing pistes is apparent also due to the fact that it is the official training location for the alpine and freestyle teams in Finland. 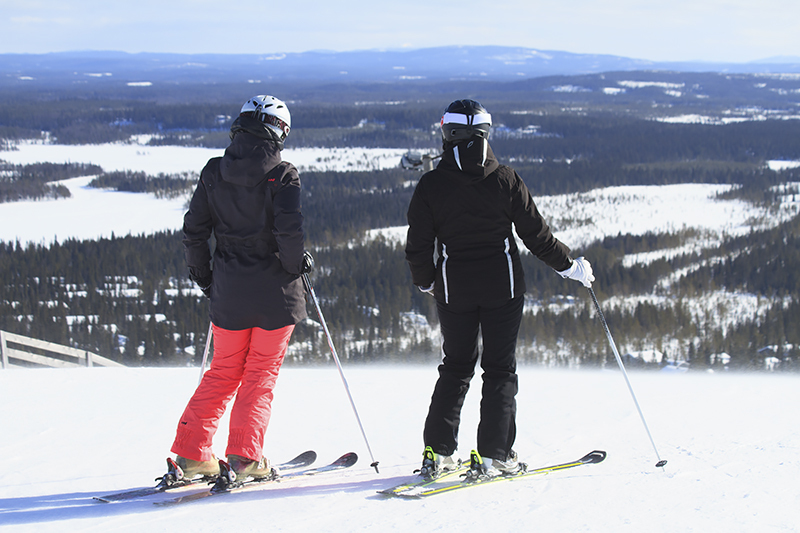 The Ruka Slope Map gives you an opportunity to explore Ruka’s possibilities for skiing and the location of the lifts even before the start of the skiing season.

The Ruka Skiing Track Map  gives information about Ruka and nearby skiing tracks and the services along the tracks.

Ruka’s nearly 30 restaurants and more than 7,000 guest seats offer plenty of options for enjoying delicacies and evening entertainment. Whether you are interested in the specialties of the local cuisine or international dishes, Ruka’s restaurant offering will satisfy your needs. In addition to various types of restaurants, Ruka also offers dining possibilities in cozy cafeterias or after-ski locations in the immediate vicinity of the pistes. At night, you can enjoy the nightlife, by showing off your singing skills at the Ruka resort karaoke or your best dance moves at the Piste restaurant or the Zone nightclub.

The winter season in Ruka starts in October, when the region celebrates the opening of the slopes. The actual opening ceremony for the winter season will however be held later in November, when Ruka offers visitors the possibility to enjoy top performer gigs and many interesting events. In the winter, Ruka will also host skiing, Nordic combined, ski jumping and freestyle World Cup competitions that will gather audience from across Europe.

Even Christmas and the New Year are a good time to travel to Kuusamo, because in honour of the celebrations, Ruka organizes interesting events lasting from the start of the Christmas season to Epiphany. After the changing of the year, one can enjoy beautiful light art during the Polar Night Light Festival or participate in traditional Spring Break events. During the summer, Ruka organizes a wide variety of sports events that offer visitors the chance to spend their summer vacation paddling, rafting, golfing, mountain biking and hiking.

Weather and Climate in Ruka 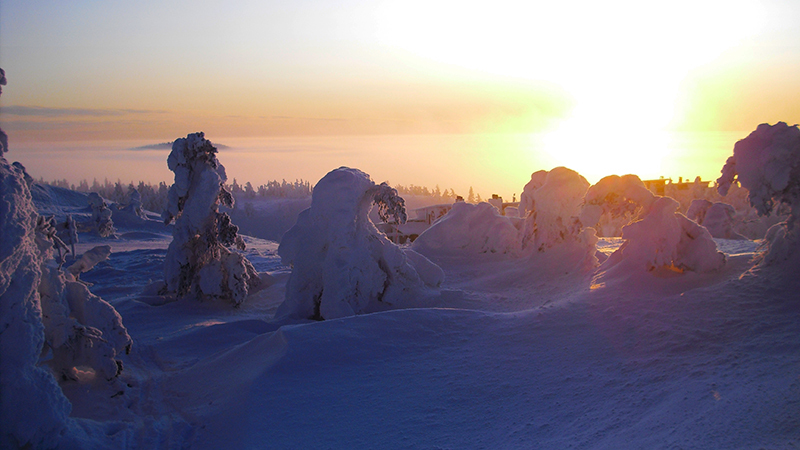 The Kuusamo region is more continental than the rest of Finland, which means that snow will remain on the ground for about 200 days a year. Thanks to the cool climate, the Ruka ski season typically begins at the beginning of October and continues until May. The most snow-rich period is February-March, when the depth of the snow is, on average, up to 70-75 centimeters. At Ruka it is also possible to see the Northern Lights during most of the year, from September to March. In the middle of summer, Ruka can enjoy sunlight for up to 24 hours a day.

How to get to Ruka?

When traveling by own car or a rented car, the distances to Ruka are: 240 km from Oulu, 200 km from Rovaniemi and 30 km from Kuusamo. The nearest railway stations are located in Oulu, Rovaniemi and Kemijärvi. Ruka can also easily be accessed by air, as the flight time from Helsinki is a mere 1.5 hours. During the winter season, there are several daily Helsinki-Kuusamo flights.

After arriving in Ruka, moving around the ski resort can be done with the free Ski Bus, which offers a convenient way to move between the cottage, slopes, trails and the Ruka village. 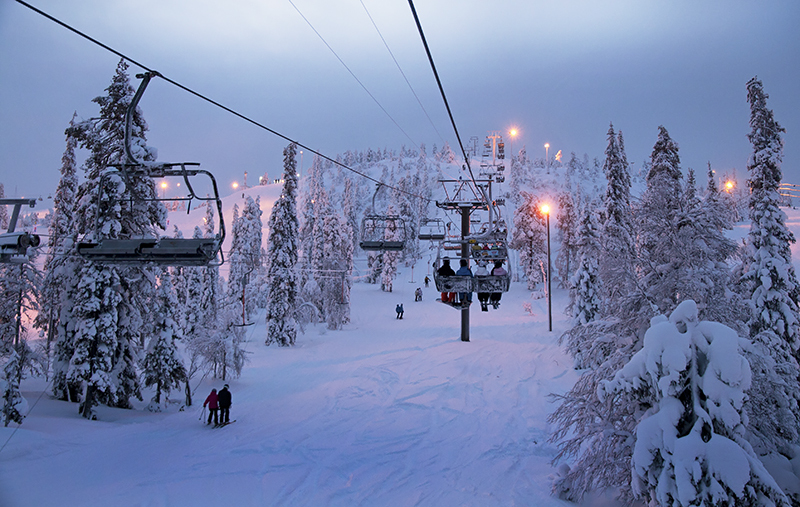