Ylläs, located in the county of Kolari in western Lapland, is one of Finland’s most popular ski resorts, famous for its excellent skiing slopes and versatile tourism services. The two villages, Äkäslompolo and Ylläsjärvi, surround the 719 meters high Yllästunturi fell and offer a lot to see and experience on a memorable holiday in Lapland.

There are as many as 63 skiing slopes in the Ylläs Ski Resort, with ample alternatives for every skier, regardless of past experience. In addition to the 28 standard lifts, Ylläs ski resort has a modern gondola lift that lets you travel from the ground level to the top of the fell in just seven minutes. If the ordinary gondola doesn’t seem fascinating enough, it is also possible to enjoy the warmness in an impressive sauna gondola. 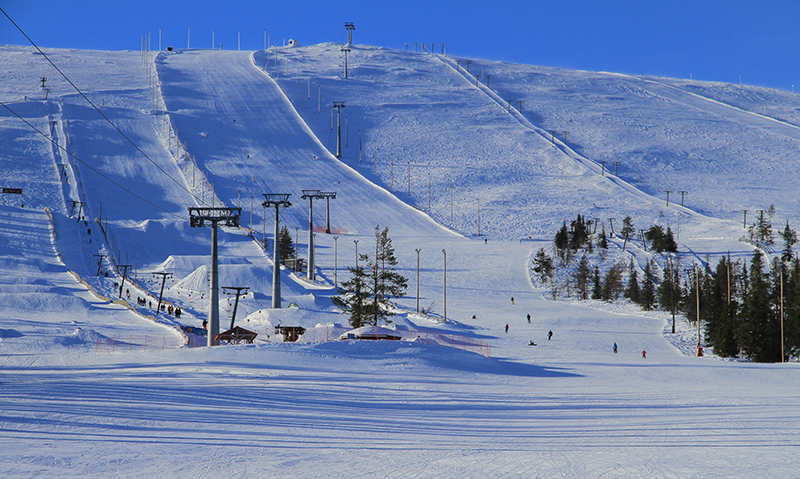 The Ylläs Skiing track map gives information about the 330 km long skiing track network and services along the tracks.

The Ylläs Slope map shows you the best skiing slopes and the most comfortable resting places the ski resort has to offer.

Restaurants and cafeterias in Ylläs

During a delightful day at Ylläs, you can pop into a track-side cafeteria, a gourmet food restaurant as well as a nightclub. When in the midst of nature, you can head in the direction of Kesängin Keidas, Velhon Kota café, or Äkäsmylly nature café, all located in the scenic landscapes of Finnish Lapland. For those looking for great food - sample the menus of restaurants Taiga, Tower or Ylläskammi. A perfect evening can be spent at Bar Kaappi, at Public House Selvä Pyy or at the legendary Äkäslompolo Pirtukellari.

Ylläs’ events are not limited to the winter season, as interesting events are held at the foot of the fells all year round. Whether you are interested in music, culture, sports, nature or art, Ylläs’ lively events will leave no one cold.

At the beginning of December, Ylläs celebrates the opening of the winter season with a ceremony and events suitable for the entire family. During Christmas and New Year’s, Ylläs’ polar nights create the setting for a magical holiday.

In January-February, you can participate in the Kaamos Drag Race event for snowmobiles, relax listening to great music at the Ylläs Jazz Blues event or celebrate the midwinter season at the traditional Talvennapa festival. As spring comes closer, Ylläs’ events focus on winter sports events, not forgetting the popular Ylläs Easter weekend.

As the snow starts melting, people in Ylläs start enjoying the daylight in the form of versatile events. The famous midsummer festivities, the traditional Ylläs Soikoon! music event, a 345 km long biking event Hullun Polkasu, the Ylläs Ruska Open Disc Golf event and the Ylläs Venetsialaiset are some of the most recommendable events in Ylläs.

Weather and climate in Ylläs

The location of Ylläs in the heart of Finnish Lapland guarantees excellent conditions for enjoyable winter activities. In mid-winter, during January-February, the average temperature drops to -14 degrees, so you should pack plenty of warm clothes for your trip. The spring weather, during March to April, makes for great sports activities, such as cross-country and downhill skiing. Ylläs also offers good opportunities for many summer activities, as the average temperature in July is almost 15 degrees Celsius. 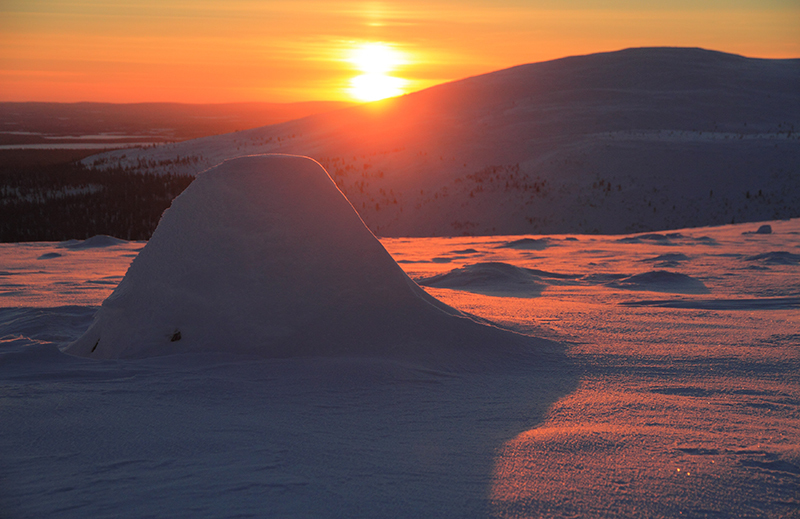 How to get to Ylläs?