Snowboarding and Downhill Skiing in Finland

There are numerous options available among the nearly 70 ski resorts in Finland for all those interested in skiing and snowboarding. Whether you are looking for the longest skiing pistes in Finland, the best after ski spots or the most comprehensive services, there are plenty of choices available in the ski resorts across Finland. The long Finnish winter guarantees snowboarding and downhill skiing possibilities from October to May.

Finland's longest pistes are found in Lapland's major ski resorts, Ylläs and Levi. Ylläs's three kilometer-long slopes, Ylipitkä and Jättipitkä, offer the longest runs in the country. Ylläs is also number one when it comes to the number of slopes (63), making it one of Finland's largest ski resorts. Yells is followed by Levi(43), Ruka (34), Paljakasta (31) and Ukkohalla (31). 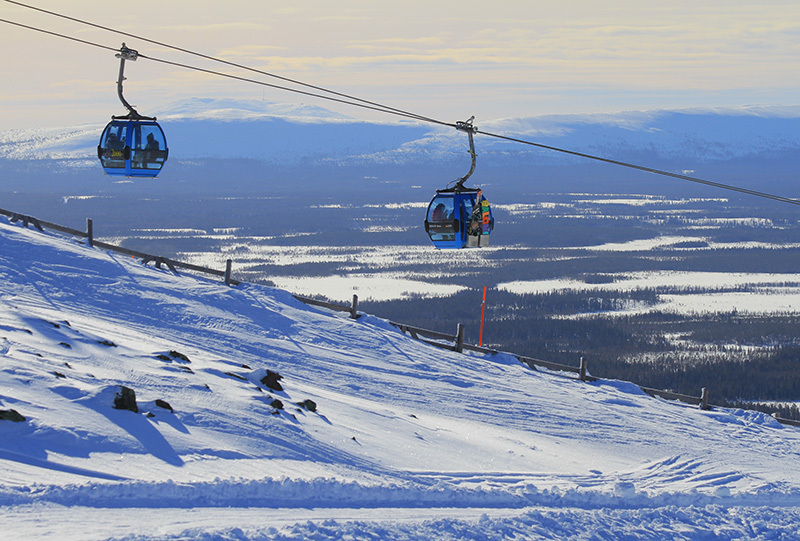 Downhill skiing is one of the most popular winter activities which can be enjoyed extensively in different parts of Finland. In Lapland's fell areas, especially in Pallas, Ylläs, Levi and Pyhä, mountain-skiing has been part of winter traditions since the 1930's. The first official skiing piste was opened in Kauniainen in 1934, but the ski resorts didn’t become popular until the 1950s when modern ski lifts were built for Pallas, Vuokatti and Ruka.

The popularity of skiing is greatly based on the fact that one is able to, when descending, enjoy the spectacular scenery and the fresh wintery air while exercising. Your day in the pistes can be exactly the way you like it, as your descent pace can vary from very calm to fast-paced. The jumps, tracks and slalom pistes all add their excitement to the sport. There is also always a chance to develop by using new equipment and adapting new techniques. 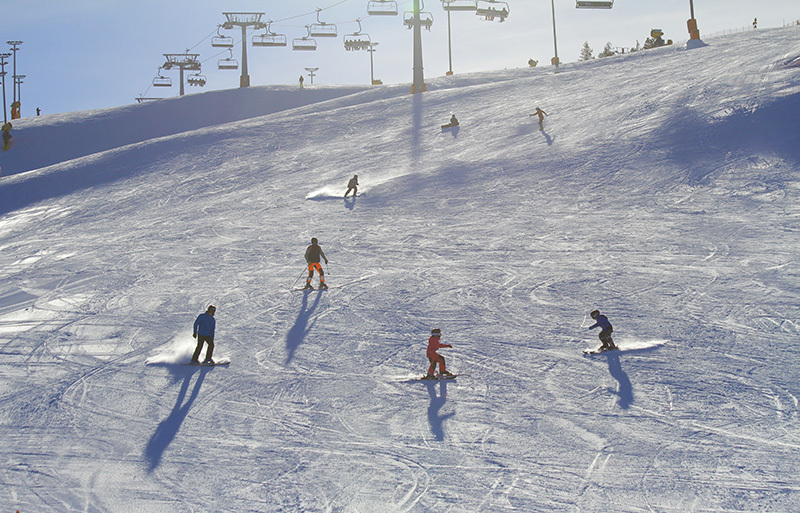 Snowboarding - Winter Activity for Everyone

Snowboarding began in the 1960s when surfing fans wanted to try boarding on a snowy piste. In Finland, snowboarding has been a thing all since the 1970s and it has during the past decades become an important part of the Finnish sports- and youth culture.

Freestyle is based on tricks performed in the air and on the pistes. Freestyle pistes are known as streets and freestyle races are called piststyles. Snowboarding tricks are performed on rails, jumps and halfpipes.

Unlike in freestyle, carving is designed to descend the pistes as fast as possible. In a racing competition, riders compete on the pistes either by clocking or by competing against each other. The most popular form of carving is PGS, also known from the Olympics. 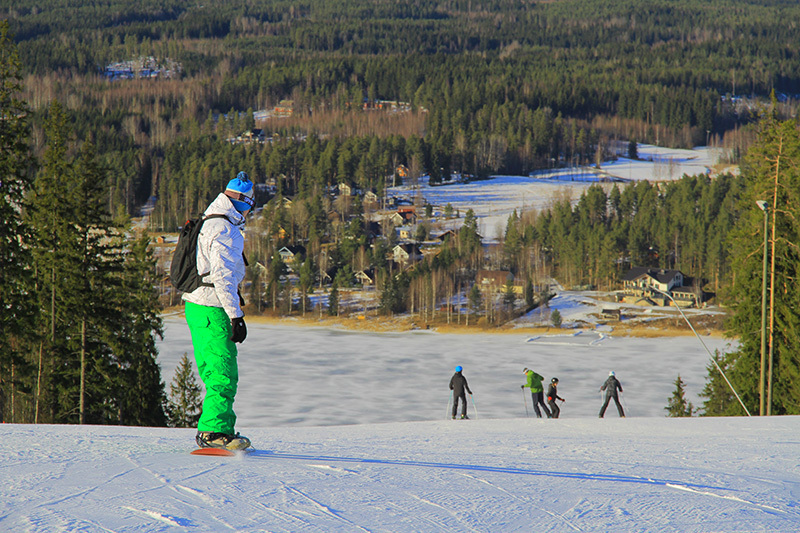 If you are not fully acquainted with downhill skiing, the ski schools offered by the resorts provide guidance in various sub-types of downhill skiing and snowboarding, including telemark skiing, freeriding and freestyle.

An active day in the pistes should end, of course, at a comfortable after ski venue. A meal enjoyed in good company on a sunny terrace or a refreshing drink offers a deserved break during the day. Did you know, by the way, that the, according to a popular vote, best after ski locations can be found in Levi, Ruka and Tahko.