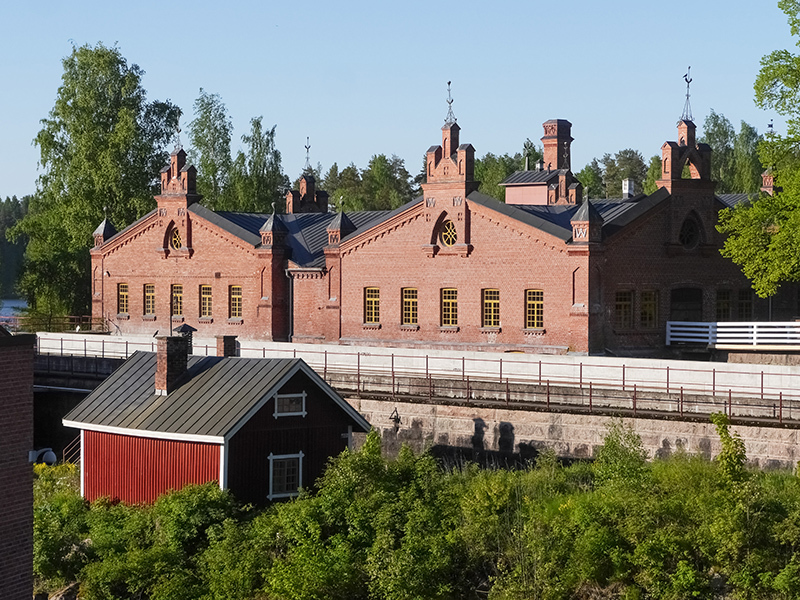 Suomenlinna – a unique blend of nature and culture

The islands of the Suomenlinna sea fortress are one of Finland’s most popular visitor attractions, with over 800,000 visitors annually. The UNESCO World Heritage Site, inscribed in 1991, is an excellent example of European fortress architecture dating from the 18th century as it, despite its multi-stage history, has maintained its value extremely well. During the centuries, Suomenlinna, which has also been called the Gibraltar or the North, has served Russian, Swedish and Finnish armies. Today it is a home to more than 800 inhabitants of Helsinki, where modern life forms blend, in a unique way, with the islands historical heritage.

Even though Suomenlinna is located in the immediate vicinity of the city centre of Helsinki, the 20-minute ferry ride leaves the city’s hustle and bustle behind. A visit to the group of islands offers opportunities for a wide range of activities: you can take walks, go rock climbing, dive into the massive historic fortress wall, visit the Maritime centre or just focus on admiring the magnificent marine life. Suomenlinna is an absolute must-see destination for visitors to Helsinki – during every season! The closest rental cottages and villas are located in Espoo and Helsinki.

See also: accommodation and cottages in the Helsinki capital region

Old Rauma is an excellent example of traditional wooden architecture, as it is the largest uniformly intact wooden city in the entire Nordic region. In the old town part of Rauma, the historical signs of the landscape mix, in a sleek fashion, with modern life forms. The old-fashioned street network and the colourful houses on its twisting streets make up a unique city centre that cannot be found elsewhere.

When visiting Rauma, you should walk through the historic old town, pop into traditional boutiques and take a peek at the beautiful courtyards. The centre of this area is the market place with its old town hall which is a popular attraction in itself. The city itself has over 200 shops, charming cafés, restaurants and artist’s workshops. There are also many events in the region during the summer season, including Rauma’s lace weeks, an event which is widely known throughout the country. For those looking for accommodation, have a look at the Rauma area cottages and vacation rentals.

Sammallahdenmäki – trails of the past in a forest landscape

Rauma also possesses another World Heritage Site, the Sammallahdenmäki burial site, which represents a major archaeological heritage site worldwide. Sammallahdenmäki is a historically valuable ancient relic site with a total of 36 bronze-age mound graves situated over a one kilometer stretch. The importance of the area is further enhanced by the fact that, due to its peripheral location, it has remained almost in its original habitat for centuries.

On the Sammallahdenmäki hill, you can find a guided trail of about 1.5 km, along which you can explore the most famous graves of the area, the most famous of which are the "Huilun pitkä raunio" and the rectangular "Kirkonlattia". This World Heritage Site is also well suited for hiking, as the forest terrain offers a refreshing nature adventure. Check out the rental cottages near Sammallahdenmäki on the Rauma site.

The Kvarken Archipelago is a natural heritage site known for the phenomenon of the rising land, as it is possible to witness signs of this with one’s own eyes. Kvarken, which has also been named “the open air museum of the ice age”, was situated right in the centre of the northern continental ice sheet during the previous ice age. The earth’s crust which was pressed down for about a kilometer was released from the ice masses 10,000 years ago and it continues to rise by nearly a meter per one hundred years. Due to the rising of the land, the archipelago is constantly changing: new islands appear on the horizon, former bays form lakes and ranges of rocks appear in the middle of boating routes.

The Kvarken area, consisting of 5600 islands, is a paradise for birdwatchers, as it is one of the most important archipelago bird nesting and migrating areas in the entire Baltic Sea region. Kvarken also offers excellent fishing opportunities, which is why it is popular with local fishermen. Approximately 40 km from the centre of Vaasa you can easily reach the archipelago along the Raippaluoto bridge and accommodation is offered in the region’s rental cottages.

Petäjävesi old church – a master example of a log construction

On the list of World Heritage Sites, the wooden church of Petäjävesi represents Nordic parish architecture and the long traditions of log construction. The church which was built during 1763-1765 is exemplary of how local builders applied style features of European church architecture to traditional logging techniques. The church, which hasn’t been in use since 1879, is still open to the public in the summertime, and occasionally used for weddings, church services and concerts. The nearest rental cottages can be found on the Petäjävesi site.

See: accommodation and cottages in Petäjävesi

Verla groundwood and board mill - a reminiscence of early industrial history 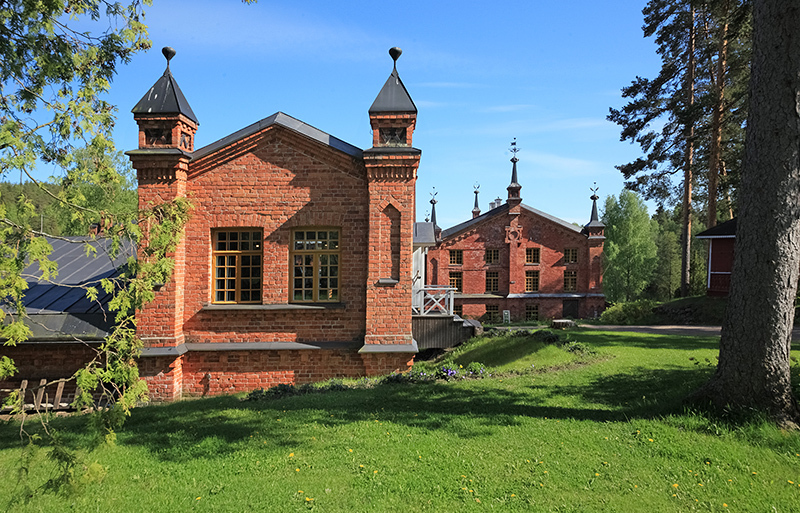 The Verla groundwood and board mill, today serving as a museum, form an exemplary industrial complex which showcases the early years of the Finnish forest industry. Due to the industrial activities that began in 1872, Verla turned into a vibrant industrial settlement, of which one is reminded by the area’s worker’s houses with their idyllic courtyards.

A visit to Verla is like a journey to the past. In the museum you can get to know the different stages of the cardboard industry: in the open-air museum, you can experience old-world atmosphere and explore the different stages of the making of cardboard. The old working-class buildings in the area are partially used for accommodation and partly function as small boutiques. Verla is located a mere half an hour’s drive from Kouvola, and Lahti is no further than 70 km away.

See also: explore the cottages and vacation rentals in the vicinity of the Verla World Heritage Site.

The Struve Geodetic Arc – the history of science

The Struve Geodetic Arc represents, above all, the history of science and technology in the world heritage list. Its name stems from German-born F. G. W. Struve, who in the early 1800s sought to find out the shape of the earth through triangles and astronomical observations. In his own time, Struve’s chain represented a major step in the actual development of science, as it was the first accurate measurement of the scale that defined the true shape of the Earth.

The over 2800 km long Struve chain runs from the Black Sea to the shore of the Barents Sea. In Finland, where the chain measures approximately 1,000 km, it includes six measuring points - Blacksmith, Mustaviiri, Porlammi, Oravivuori, Alatornio church, Aavasaksa and Stuorrahanoaivi at Enontekiö. The most famous measurement point, Aavasaksa, has attracted international visitors through the centuries. From the top of the fell famous for its nightless nights, you can find a summer cafeteria, a restaurant, an observation tower and accommodation facilities. The nearest cottages and vacation rentals can be found on the Ylitornio site.